I started my Clojure journey with Advent of Code 2018, with the long term and nebulous goal of learning every language. Separately I also was getting more curious about computer and generative art as a potential new creative outlet and was inspired to use our newly acquired pen plotter to produce a physical output, so I found some very helpful resources and started trying things out. I didn't achieve much there but I made one thing that made me want to keep going: 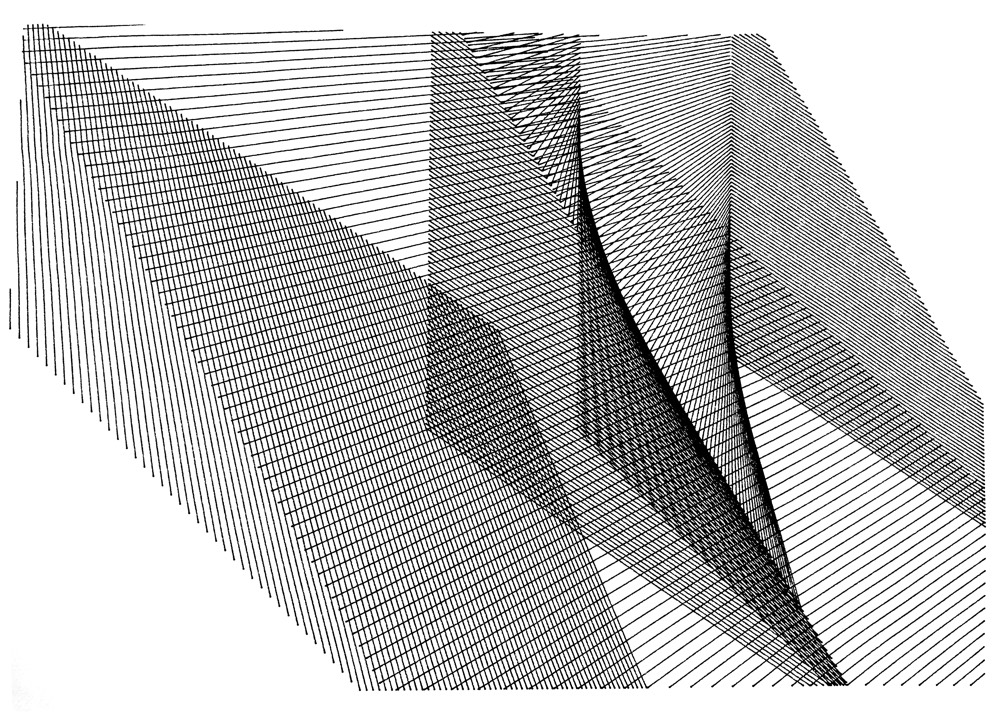 Unable or unwilling to commit to Javascript based tools, struggling to focus on learning Clojure without an obvious goal in mind, I eventually came across Quil1 and realised I could work towards two goals at once. It's turned out to be an incredibly rewarding and somewhat successful endeavour. Below are a few of the things I've made this year. 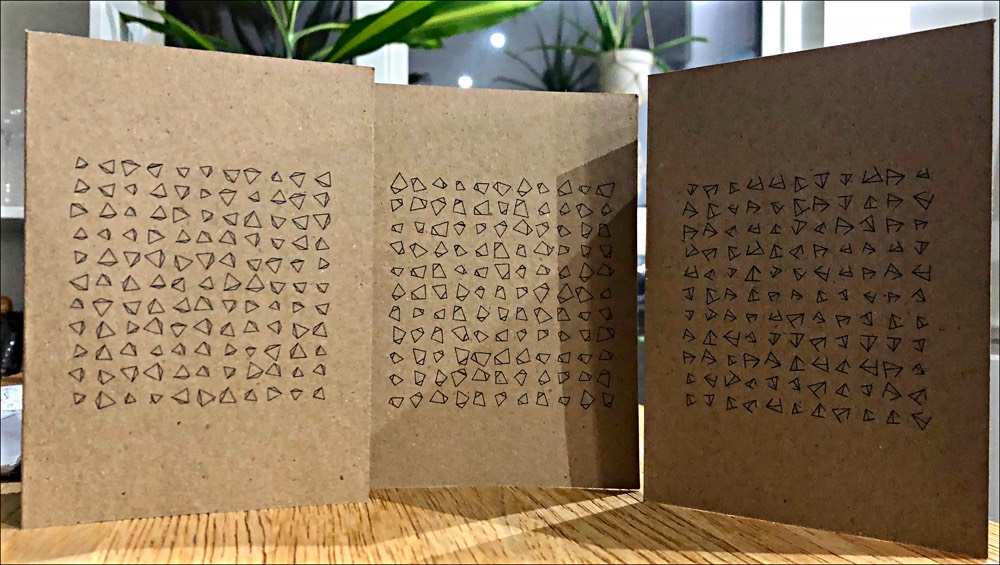 I first started with laying out grids of shape and playing around with scaling and rotating such repeated shapes, which made for some quite attractive birthday cards. 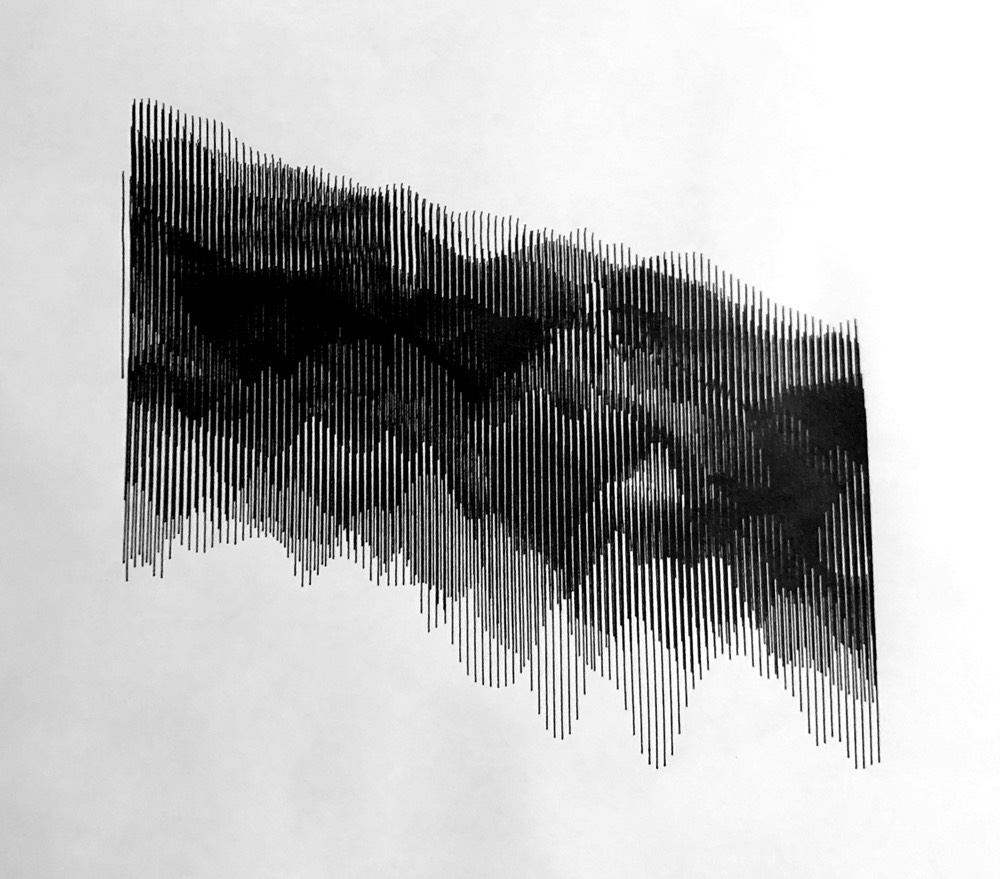 One of the first times I went from idea to execution in the space of an evening, I created this drawing inspired by the inkblot patterns on my wife's wedding dress. 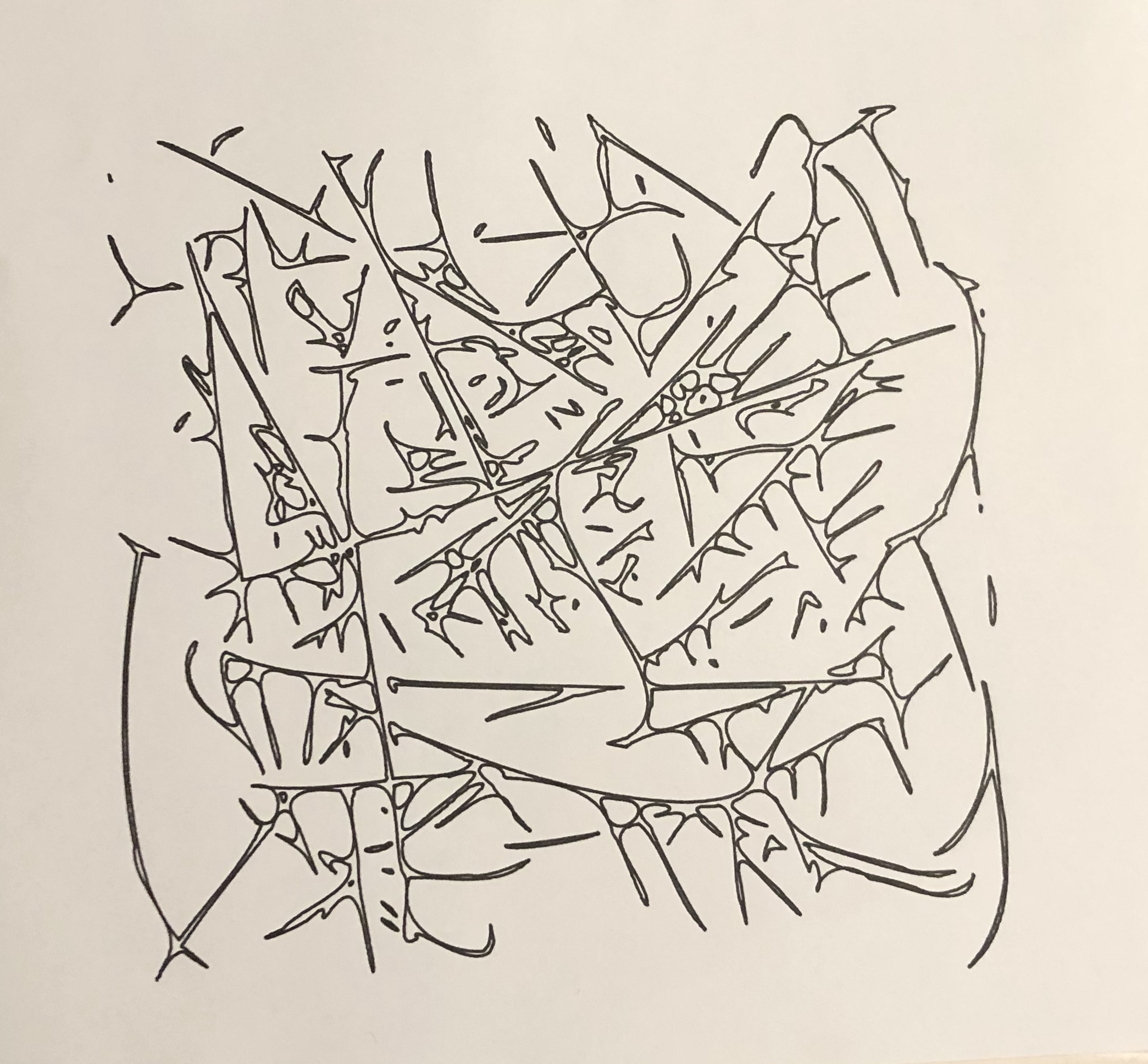 At one point, just throwing random curves at the canvas, I found myself creating images that I couldn't plot because I'd accidentally kept the fill color. I played around with converting the bitmap output to vectors and playing with Inkscape's tools and got some fairly interesting results quite far from the original, though I don't see myself going down this manual route again any time soon. 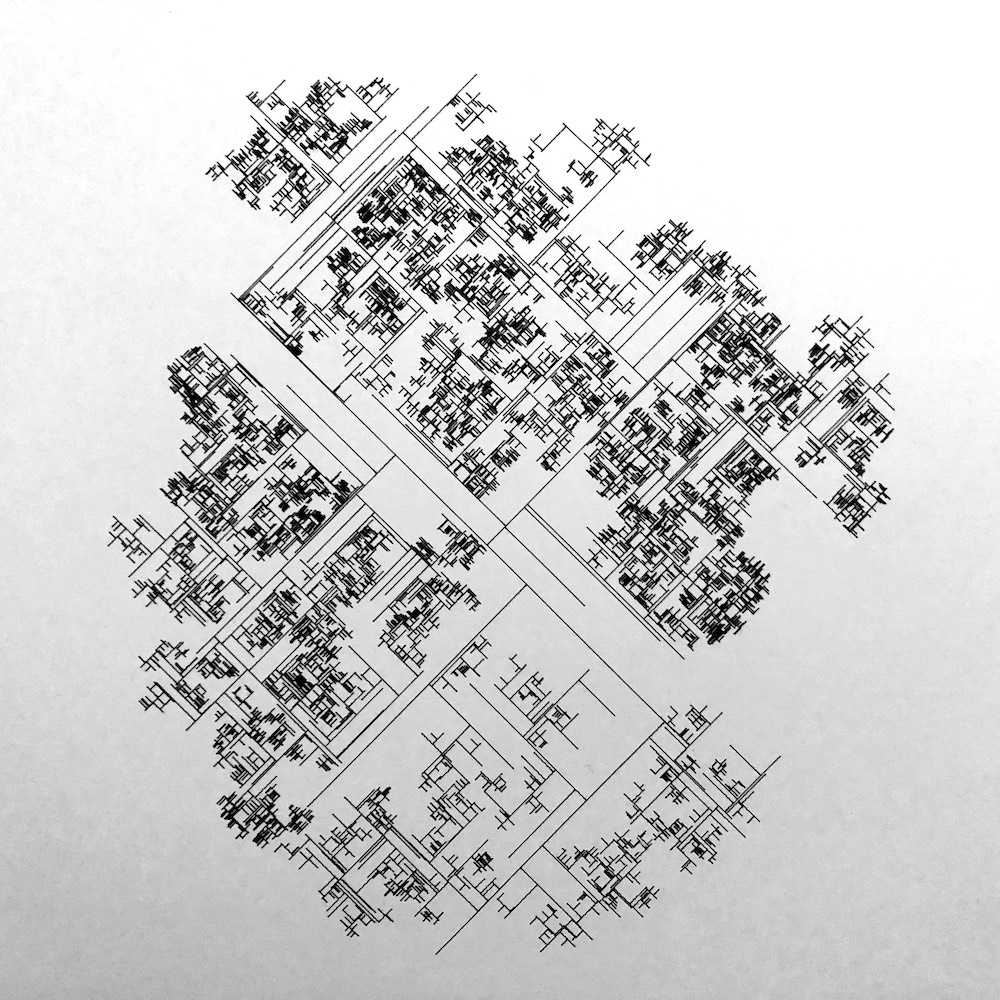 I played around with growing a drawing using perpendicular offshoots off existing lines, an idea I might go back to once I can get over the fact it's already been done to near perfection. 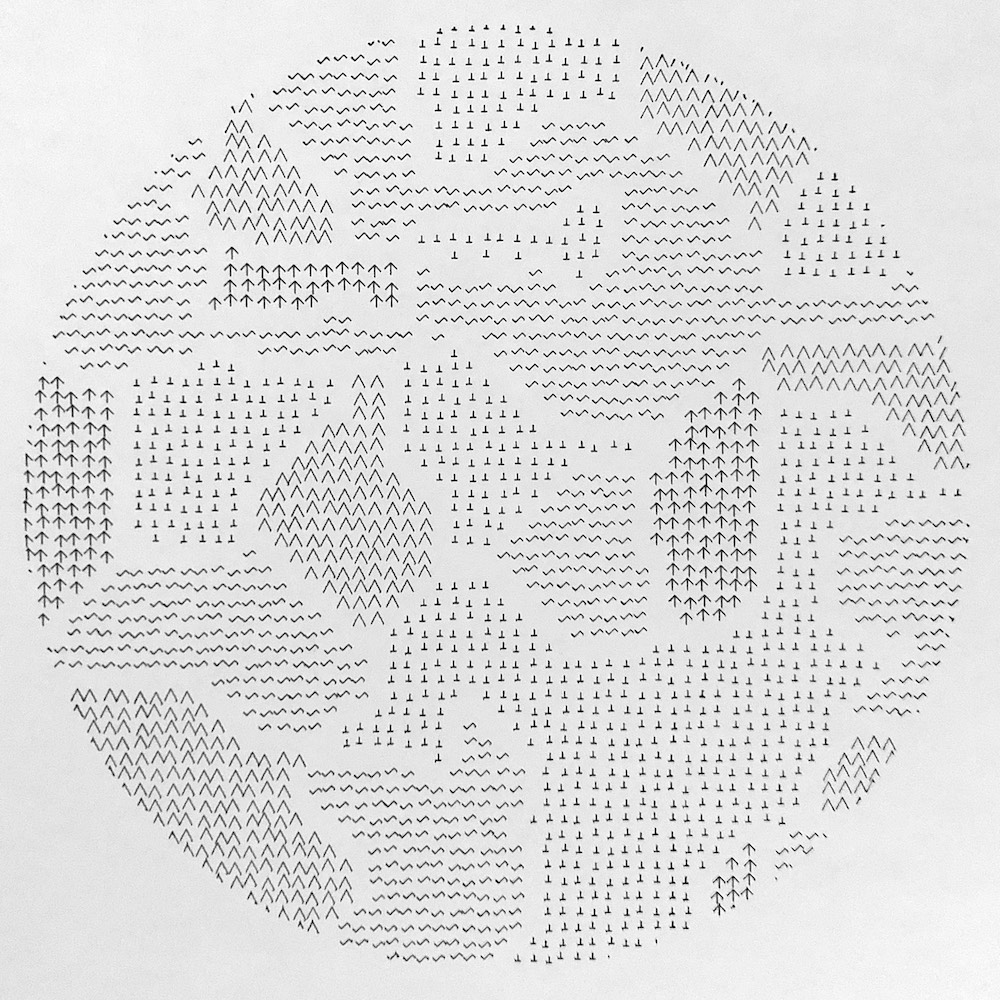 I'd been wanting the option to fill shapes or crop a drawing to a shape and finally did it to produce this. I have begun growing a small library for those kinds of operations. 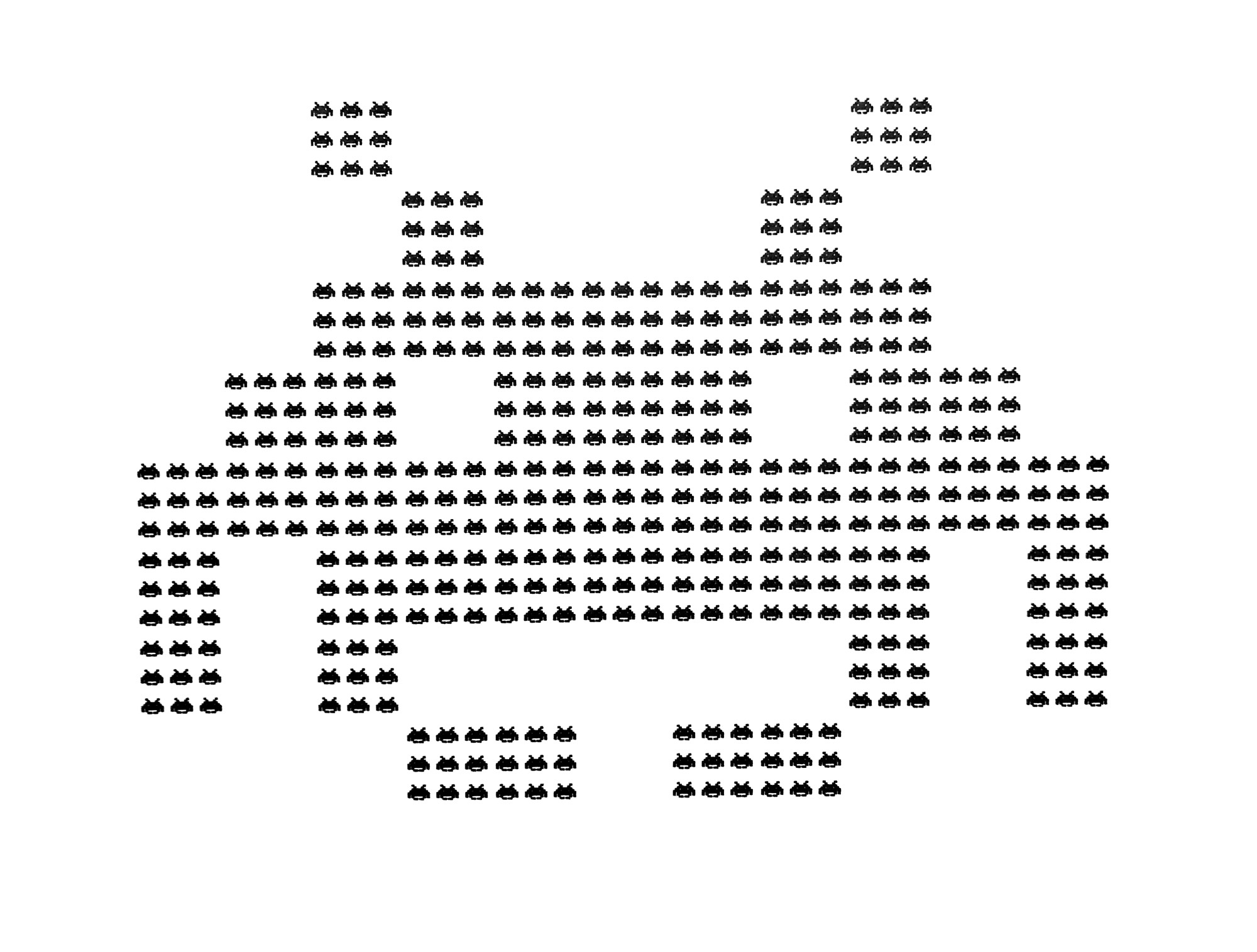 Although not generative, it was fun to come up with an idea for my brother's Christmas gift and have the tools and the skills to be able to produce it.